Faculty of Language and Literature began with the establishment of its first nucle us the department of language and Arabic literature which was opened in 1977 in the University Center established in Tlemcen, which was created in its turn under the decree of  1974.

In 1984, the Algerian University had a new restructuring that allowed to the departments of University Centers becoming independent national institutes. 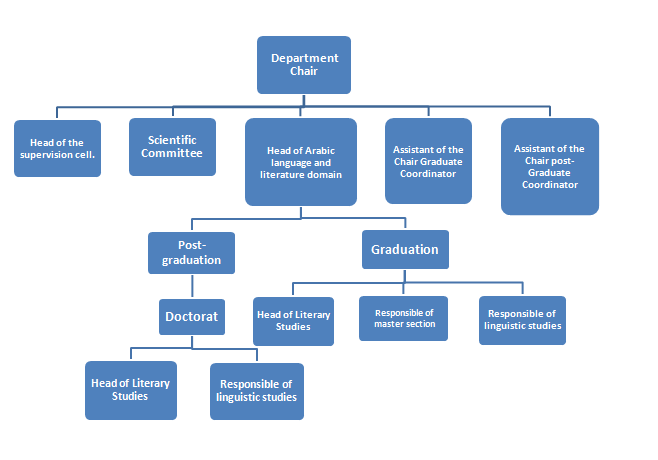 Scientific Committee of the Department of Arabic Language and Literature 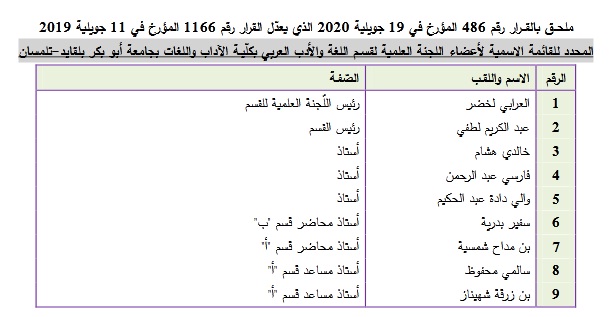